Sitting next to a dear friend at a recent sustainability conference waiting for the keynote to make his main points I could feel my stomach tying in knots.  The next day I would be sharing my story which included mention of exclusively breastfeeding my daughter-I’d cleared a room of grown men before by the mention so I just wasn’t sure what to expect.  The keynote was Raj Patel, author of The Value of Nothing and former World Bank employee. He started with points about the Green revolution and related it to the current state of obesity and starvation in the world. He talked about the “free market” and then shared a story about a community in Malawi and the concern they faced when their babies began failing to thrive.

He asked the audience to guess what the possible issue may have been and things like, “pesticides”, “lack of clean water”, “lack of medical care” were heard from the mostly college aged students in the room…he kept nodding his head no and saying, “guess again”. I was thinking to myself, “surely he’s not”, “he can’t be”, and as time went on “I think he’s going to say it”. “Lack of BREASTFEEDING”, he said in a loud voice.  He went on to share that as the country had struggled to keep up with agriculture demands more women were being put out into the fields-even if they had babies to breastfeed. Without adequate substitutes their babies health was drastically declining. Desperate-the community came together looking for solutions. They started recipe days where women came together to cook healthy meals and through communication and collaboration they came up with solutions that allowed them to not only share work, but to find a strong voice to stand up to the men and authorities who were putting too many demands on them.  This didn’t happen over night.  The women had to overcome years of being silenced and competitiveness among themselves.  But they looked around and saw what was happening in their community and they wanted change.  They wanted to find balance between their work and their motherhood.

“Since 1999, infant formula advertising increased from 7,000 print and television ads to 10,000 per year,” says Mishawn Purnell-O’Neal, founder of the Chicago-based Breastfeeding America and author of “Breastfeeding Facts Over Fiction: Health Implications on the African-American Community,” published in 2001. “With this aggressive marketing, it stands to reason that breastfeeding rates across all races, and particularly rates among African American women, do not meet government health objectives.”

African American women who receive kangaroo care and are not discharged with formula bags see a 600% increase in breastfeeding rates.

Knowledge allows us to make educated decisions about the things that matter most.  When women are left feeling as if they are unable to share, ask questions or gain the resources they need then their health and rights begin to diminish.  The thing is-they usually have no idea this is happening until the suffering has begun.  After six years of telling my story and reaching out to my community I can tell you that we as a country and even locally we are still suffering.  And unless they are effected directly most people would rather just not talk about it.  Many times…I get to hear their stories.

-The refugee woman who viewed birth as a natural process, but was surprised by so many standard medical interventions she thought she must surely be about to die-she had only experienced normal, natural births in the past.  She asks the nurses to just keep the baby and laid in the bed ready to take her last breath.  The next day they bring her baby and she is surprised to see that she must be miraculously healed and they hand her newborn baby and a bottle of formula to her.  She returns home with no money or resources to buy formula and a baby that is failing to thrive.  I get a call in the middle of the night.

-The mom who does everything she can to prepare for breastfeeding.  She buys a boppy pillow, nursing cover, special bras and clothing.  She walks into the hospital ready to give birth and is surprised by the cascade of interventions that are set out before her.  It happens so quickly that in the moment she considers herself thankful to have the medical staff to take her pain away, raise her blood pressure, bring her oxygen and save her baby by surgery.  She misses the golden hour, was unaware that the swelling from IV fluids and epidurals could make nursing more difficult, is given nipple shields and sent home with a pretty bag full of formula.  On the second night-exhausted and on an opposite sleep schedule from her baby who spent his hospital nights in a room of bright lights and noise-she gives in and lets her mom “feed the baby” (that formula on the kitchen counter has been telling her to get some sleep since she got home).  The next morning she realizes that her breastfeeding goals are still important to her, but now the baby is gassy and upset because of the formula in his tummy and she’s engorged.  Everyone around her reminds her that, “I didn’t breastfeed you and you turned out okay”, “not everyone can do it-it’s okay”, “you are going back to work in six weeks anyway”.  She sends me a message on facebook sharing exactly how she feels, but expresses that no one in her family wants to hear her complain because, “she has a healthy baby”.

-She is older, probably in her 60’s and full of life.  She thanks me for being so bold in my support of breastfeeding women.  Even though we’re alone she whispers, “I breastfeed my baby, but no one knew.  You just didn’t do that back then.  I was never able to leave the house, but I’d never trade that time with your baby.  I just love what you all are doing to make it more common.”
or
She is older, probably in her 60’s and full of life, but when she shares her birth story her eyes show the signs of years of hurt.  She had no idea what was going to happen to her when she arrived at the hospital.  She was strapped down to the bed and given “twilight” pain medicine that shut her up, but didn’t take away the pain.  Her baby was born and taken away for a couple of days, “they used to take the babies away and you were left to take care of yourself.  They showed me two bottles-one they said had breastmilk in it and it looked like water and the other was formula and it was thick and rich looking.  Of course I picked the formula.  There was another woman in the hospital who was from another country-she nursed her baby and we were all jealous of her snuggling on the bed all day and night with her baby.”

-“I’m pregnant, but I’m not going to tell anyone about it.” (I’m often the first to know when someone is pregnant-even people I barely know).  She is struggling with her decision to plan a pregnancy and even to breastfeed.  What will my friends say?  Will they remember my previous stance to never have a baby and call me out on it?  She tells me that deep down she wants to breastfeed and even keep the baby with her for at least the first 6 months, but the company she works for would never allow it and besides, “What would people think of me?  I’ve worked too hard to get where I am.”

Each of these stories has repeated itself over and over again as I’ve listened to and read the stories of women around me.  These stories tell me that just like Malawi we have a society that is not valuing a woman’s right and role as a mother-if she so chooses.  Just like in Malawi the coming together of women to share their stories, experiences, trials and losses are the best way to allow positive changes for the future.  Thankfully, we are seeing this coming together of women and my hope is that we continue to allow the hard work that needs to happen take place.  It won’t happen overnight and we-just like the women in Malawi-we will have to overcome years of being silenced and competitiveness among ourselves.

In order to accomplish the work of building up milk supplies that can be shared with women who are unable to breastfeed we need to normalize breastfeeding.  Women who choose to and are able should be encouraged to breastfeed on demand and as often as possible.  The same recommendations suggest the following become normal for all babies in order for optimal health.

Thankfully, we’re seeing fewer hospitals offering discharge bags full of formula, we’re seeing support groups such as BabyNet online and meet up groups that give women this chance to get together, share and work on possible solutions for our community.  Workplace pumping, donor milk, kangaroo care and active work by our local health departments, businesses that support breastfeeding mothers and state and national efforts are stronger than ever.

The biggest issue that I believe we face as a community is the desire to protect mothers who were unable to breastfeed (for true medical reasons or booby traps) by silencing mothers and even health care providers from publicly sharing the health benefits of breastfeeding, the health concerns for formula and the personal stories of woman after woman who want to see change.  If you were unable to breastfeed (but secretly had a desire) consider reaching out in support of breastfeeding moms.  I’ve heard so many women tell stories of finding healing and reconciliation with those around them by simply saying, “I didn’t breastfeed, but you should-and I’ll help you”.  If you had a true medical condition that kept you from breastfeeding-I’m so sorry.  Please know that there are other women out there who have experienced this as well and that by reaching out you may not only find healing, but a possible solution for future women.  If you were not the support you wish you had been to a mother in your life-apologize, let her know you are truly sorry.  Silencing our women, isolating them from one another, hiding the truth about the benefits from breastfeeding and the health concerns caused by formula will not help anyone.  For this reason-I believe-breastfeeding is a social justice issue in need of love and attention. 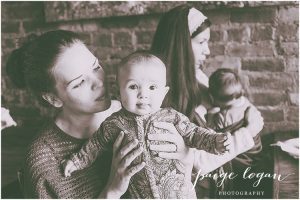